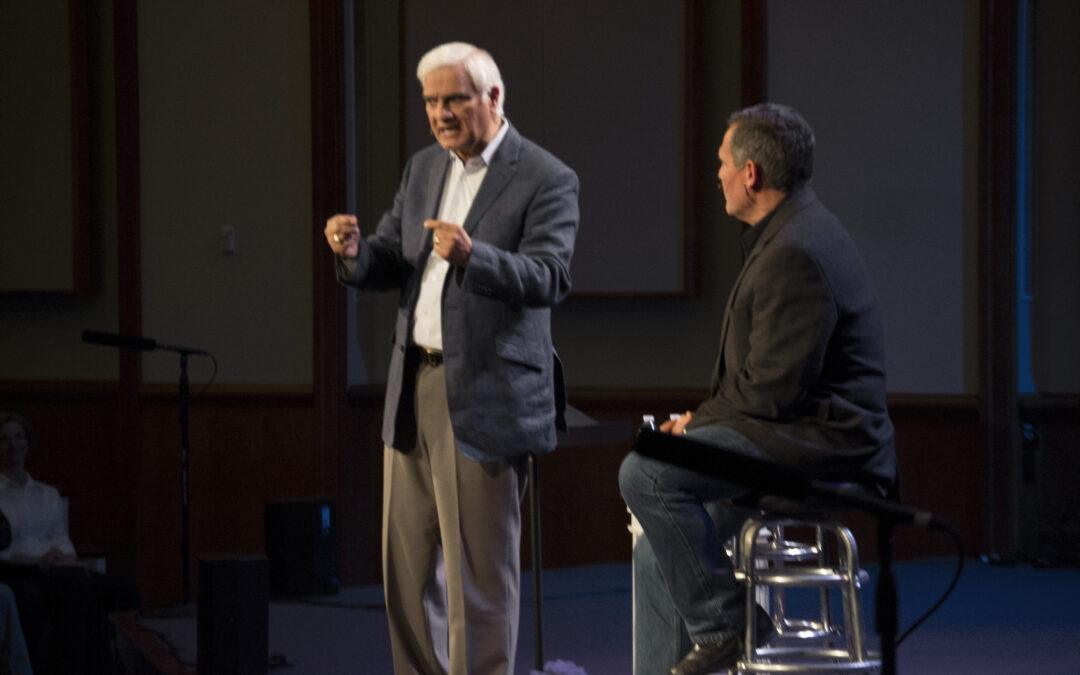 Somewhere in the mid-1990s I was introduced to Ravi Zacharias. I believe the first video I saw of him was him was an old recording of him speaking at the International Conference for Itinerant Evangelists in Amsterdam in 1983, hosted by Billy Graham.

At first, it was difficult for me to understand him because of his accent. The way he communicated was quite unique as well. It wasn’t your typical Southern-Baptist, three-point sermon. Something about his passion captivated me. I had to learn more. I soon snatched up any new message I came across from him. My only time to hear him speak in person was at the Promise Keepers mens’ event in Denver in 1996. Hearing him live solidified him as my all-time favorite speaker.

I ended up eventually buying every audio recording, video, and book I could find from him. I have listened to literally hundreds of hours of Ravi over the years. I subscribed to the RZIM newsletter, listened to the radio show / podcast, and caught as many live-streamed events as I could. After hearing him so much, I completely forgot he even had an accent! His command of the English language was so much better than my own, and I only know one language!

Of all the people who were living in my lifetime, he’s the one I would have wanted to meet the most. I thought I might meet him in the early-2000s when he was speaking in Chicago. I called a friend of mine who leads a Biblical worldview ministry and we attended together at a conference Ravi was holding there. To our disappointment, Ravi was unable to speak in person because of severe back pain (that plagued him much of his ministry). He was ably represented by his associate, Stuart McAllister of RZIM, who is always a class-act, but we were disappointed (although understanding).

There is no way to calculate how much Ravi’s ministry has shaped my own. While I’m my own person, with my own unique personality and approach (no one could ever mimic Ravi’s approach if they tried), his way of thinking has become part of my intellectual DNA. I have quoted him or borrowed from him so often, probably without even remembering it was him at times, that I’ll probably be accused of plagiarism at some point.

In my mind, there was a definite transfer of a baton in Apologetics from C.S. Lewis, to Francis Schaeffer to Ravi Zacharias. I know of no man between 1990 and 2020 who impacted the Christian world more (in a positive way) than Ravi Zacharias (perhaps even more than Billy Graham during those years).

I’ve been blessed to speak at some Christian Apologetics conferences over the years, and I’ve met a number of well-known Christian apologists. One thing most them lack is humility. It seems the personality who is willing to duke it out with others to defend the truth is often not afraid to have blood on his sword (metaphorically speaking). In that respect, Ravi was more like a medic on the battlefield than a warrior. Intellectually, he was a powerhouse, but that’s not what impressed me the most. He was truly a gracious absolutist. His goal was always to win the listener and not merely the argument (oops…I think I may have just plagiarized again!).

Ravi cared about people. His kindness to the skeptic, the critic, the antagonist and the uncertain was always evident. In that way, he stood apart from most of the Christian intellectuals of his day. He modeled a new and more effective method of apologetics; one that merged both truth and grace, or truth and love. Of course, that’s not a new method. It’s the one Jesus prescribed and modeled. It’s just been one that has languished in our time.

So, while I’ll never get to meet him on earth, I am thankful for his work and for those who are carrying it on through Ravi Zacharias International Ministries (RZIM). May hundreds of new Christian apologists rise up to continue his legacy.

Israel Wayne is an author and conference speaker. He is the Director of Family Renewal, LLC and Site Editor for ChristianWorldview.net. He is author of the books, Questions God Asks: Unlocking the Wisdom of Eternity & Questions Jesus Asks: Where Divinity Meets Humanity.