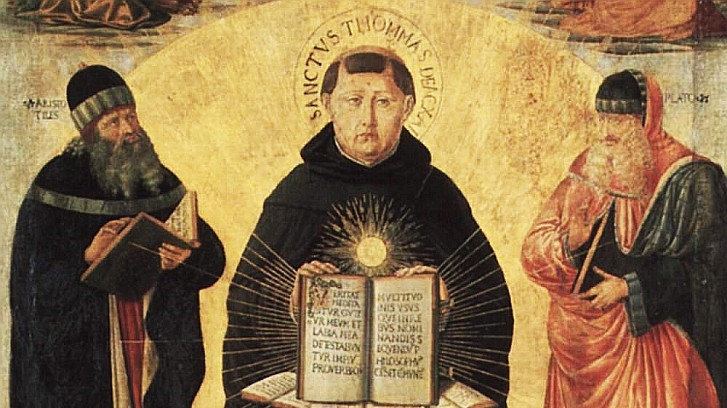 For Aquinas, the absolute best form of government was the rule of a single leader whose heart was kind and just and who applied God’s law to all matters of governance. This was the most efficient form of government, because there were no obstacles in the way of the king’s benevolent rule.

The second preference would be the rule by an aristocracy, or elite leadership who would rule as a kind of senate, making decisions for the people they represent. This was not nearly as efficient as a monarchy, so is not as ideal, but is the next best thing. Again, it is presumed that these are God-fearing men (Aquinas had no expectation of women leading in politics), who are doing what is best for the people and not merely themselves.

A democracy is rule by the masses. This is the most inefficient of the three options because masses of people move very slowly. Assuming that the people are just and God-fearing (this is, of course, quite a leap theologically…and begs the question of why you need a formal government in the first place!), this can be a good form of government, although it is quite unlikely that you will ever get anything done.

Supposing that the people were selfish and looked only after their own interests, rather than following the law of God and caring about others, a democracy would be the best form of unjust government. Why? Because democracies move slowly, and this form of rule would be the least likely to adopt tyranny (since everyone is wanting to be free from external rule).

If tyranny is a risk, it is more likely to happen at the hands of a few, than at the hands of the masses. Therefore, according to Aquinas, an oligarchy is worse than a democracy, but better than a monarchy, if you HAD to settle for some form of unjust government.

The absolute worst form of government that Aquinas could envision was the tyranny of a single monarchy. As you look back at the history of the world, it is not hard to agree with his assessment. So, the best kind of government, with a kind and benevolent king, could also be the worst, because there is no “red tape” or bureaucracy to keep the king in check. In his later years, in the Summa Theologica, Aquinas proposed a hybrid of the three. The best form of government, he argued, would be one where a monarch would be kept in check by a group of elected aristocrats who were put into power by a polity of the masses. Sound familiar? Thomas Jefferson and James Madison were impacted by these ideas five hundred years later as they wrote the founding documents of America.

Israel Wayne is an Author and Conference Speaker. He is the Director of Family Renewal, LLC and the site editor for www.ChristianWorldview.net.