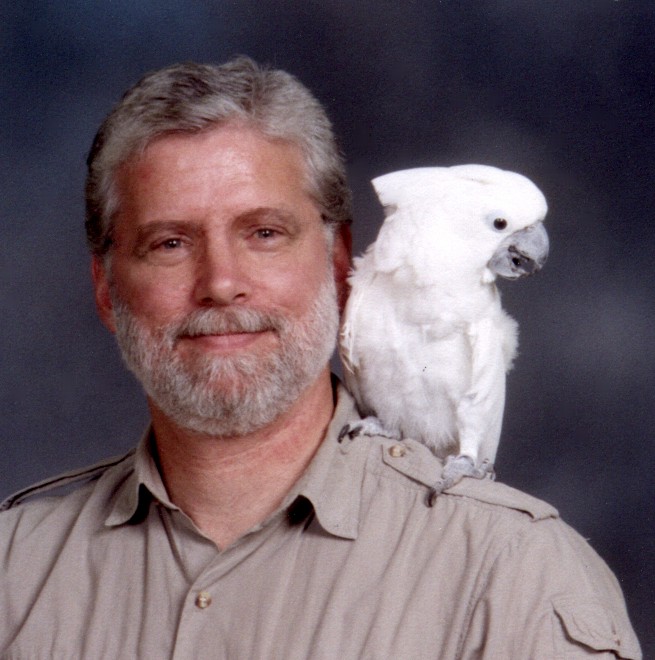 Mike Snavely of Mission Imperative is one of the best-kept secrets in the Creationist community. I’ve known Mike for nearly a decade. His content is Biblical, engaging and compelling. I wanted to introduce him to you through this interview.

Israel Wayne: What led you into a Creation ministry?

Mike Snavely: I grew up in South Africa among the Zulu people, where my parents were missionaries. The location of our hospital station was in the middle of superb game country, so we were always surrounded by fascinating varieties of wildlife. I learned from an early age to appreciate all sizes and varieties of living creatures, and through my personal “zoo” I learned a great deal about how animals function in nature. Furthermore, I had no problem understanding from what I was seeing that these beautiful creatures were specifically designed by God and given an astounding degree of instinctive abilities. Based on this, I became an early “creationist enthusiast”.

However, I also knew, later on in my life, that I was interested in going into a ministry – somehow – but had no idea what or where. I knew I wanted to use my interest in nature, but there was no outlet for it, no way to use this interest in ministry.

I eventually married, and my wife and I went back to South Africa as missionaries and taught at Durban Bible College. It was when we were back in the USA that a certain event happened that changed the course of our ministry. I was asked by one of the pastors of our church to develop and teach an adult Sunday School class on creation (vs. evolution) for one quarter (13 weeks). I enthusiastically launched into this, never having attempted anything like it before. Back then, there was no such thing as PowerPoint or computers – only overhead projectors! So many things were new to me, and I tried to put things together in a reasonable format. The course brought out so many questions from people that it caused me to delve ever deeper into the different subjects for answers – which eventually led to the various seminars I present today.
After the completion of the class, I was invited, more and more, to speak in churches on the topic. Word began to spread. Simultaneously, the doors for us going back to South Africa kept closing. After a while, we finally got the hint that maybe the Lord was changing the direction of our ministry. After lengthy consultations with pastors, friends, and supporters, we decided the best course of action was to start our own ministry. This we finally did in 1995.

Israel Wayne: What is unique about Mission Imperative that might be of interest to those who love the topic of Creation?

Israel Wayne: Tell us a bit about what you cover in your seminars?

Mike Snavely: I present what we call our “Creation Seminar Safari”. On a wildlife safari, people are interested in seeing the big game, the main animals. Likewise, in a seminar situation like this, people are interested in having their main questions on this topic answered. So, we try to cover all pertinent areas of the issue to help people understand that believing the Bible is not only reasonable, but is also supported by true scientific observation. We cover why Darwinian evolution doesn’t work, what nature itself has to say about design, issues related to the flood (including major questions like, “Where did the water come from?”, “Where did it all go?”, “How did the flood happen?”, etc.), how dinosaurs fit into the true historical structure of the Bible, supposed “ape-men”, the origin of Grand Canyon, why there are earthquakes, volcanoes, asteroids, comets, etc., just to include some of our topics.

Israel Wayne: Why do you believe it is important to believe in a Young Earth?

Mike Snavely: First, because a straight-forward reading of the Scriptures (as well as the Hebrew language structure) teaches an Earth that is measured in thousands, not millions, of years. Second, because the true author behind the physical writers of the Bible was there when it happened, and knows how long creation took (He didn’t make mistakes, and gave us a very clear account of what happened.) Third, because scientific interpretations of features of our earth and solar system render an age of the earth of billions of years as being quite impossible. Lastly, the act of creating does not take a long time (Psalm 33:9). Evolution requires long periods; creation doesn’t.

Israel Wayne: What do you believe are the best ways to help prepare children to face a world that is hostile, not only to Biblical Creationism, but to the Christian faith as a whole?

Mike Snavely: I believe it’s important to spend time each day as a family, teaching and discussing biblical truths, and praying together. Furthermore, being consistent in our lives and being available to our children are imperatives. In terms of origins issues and the Bible as a whole, I believe there are two areas that are extremely important to teach as ways to help children prepare for the world: