“Whatever Works is Right” — The Danger of Pragmatism 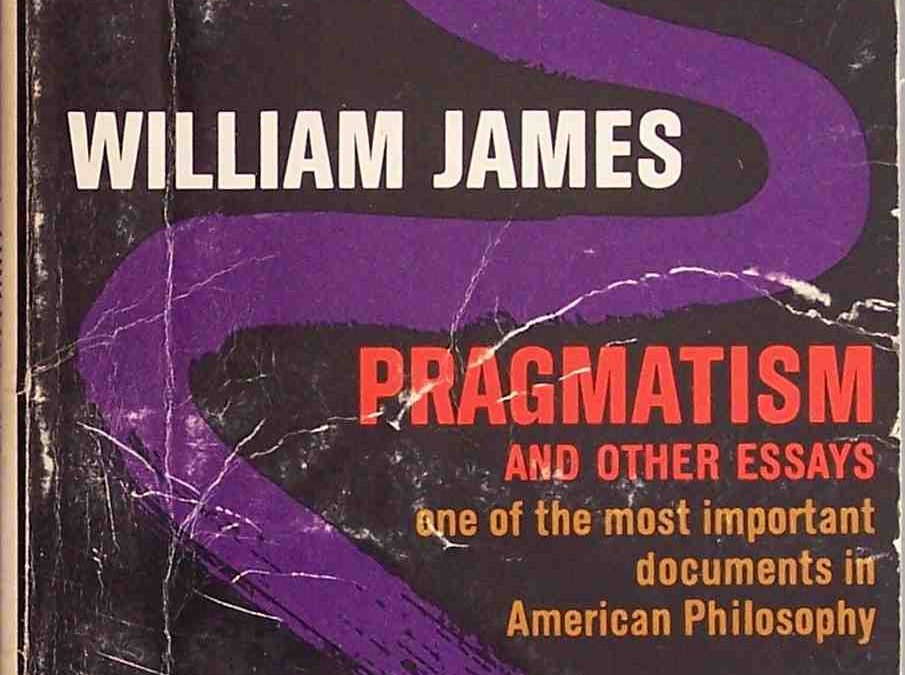 Ideas have consequences. You and I are often unknowingly influenced by various philosophies and ideologies. A faulty worldview that subtly impacts the lives of many Christians is Pragmatism.

The Process and the End Result

Pragmatism is the belief that the end result is all that matters. The ends justify the means. It doesn’t matter how you get from point A to point B, as long as you get to point B. The method or form you use is of no importance, as long as you achieve your goal. Whatever works is the best choice.

This idea may look good on the surface, but in reality it isn’t Biblical, and it doesn’t work. Pragmatism, as practiced by Christians, is built on at least two false assumptions.

“We can use our own human reasoning to figure out what is best for us, and determine God’s will for our life.” We must remember that we are finite, and God is infinite. The fact is, unless we are given a direct instruction from God, in His Word, we cannot always know what God’s ultimate plans might be in any given situation. Oftentimes we deceive ourselves by choosing to believe that what we want for our lives is also what God wants.

Secondly, Christian pragmatists wrongly assume: “God cares only about the end result and is uninterested in the process.” This is proven wrong time and again in Scripture. God is concerned with our making it to our final destination, but He also cares how we go about getting there.

Pragmatism finds its way into the many decisions in our lives; business, marriage, parenting, church life, economics, education and more.

In Scripture, we see many examples of Pragmatism and its results. In 2 Sam. 6 and 1 Chron. 13, the Ark of the Covenant was taken by the Philistines. King David wanted to bring the Ark back to God’s people. The first act of Pragmatism was to assume that God didn’t care how they brought the Ark back, as long as it came back safely. A clue to their mentality is found in 1 Chron. 13:4, “the thing seemed right in the eyes of all the people.” Disregarding the specific Levitical instruction for the priests to carry the Ark, the people loaded it on an ox cart and led it along. Along the way, the oxen stumbled and the Ark appeared ready to fall. Uzzah pragmatically decided that the most important thing was to steady the Ark so it didn’t fall. No one wanted the Ark of the Covenant to be destroyed. It was a good motive, right? I mean, the ends justifies the means, doesn’t it? To the surprise of everyone, Uzzah was instantly struck dead. Yes, the end result seemed good, bring the Ark back, and keep it from falling, but it wasn’t true that God didn’t care about the methodology or the process.

Or what about King Saul (a consummate Pragmatist) who decided that a sacrifice needed to be made to God, and he didn’t need to wait around for Samuel? The main point was to make a sacrifice, right? Or consider Moses who struck the rock instead of speaking to it. Wasn’t the water coming out all that mattered? Or what about Simon the Sorcerer, who wanted to buy the Holy Spirit from the apostles? Does it matter how you receive the Holy Spirit, as long as you end up having the power?

These men experienced instant death, the loss of a kingly dynasty, failure to see the promised land, and a threat of damnation, all because they thought the ends justifies the means. The means is very important to God. It matters to Him what we do, not just what gets done.

In schools, largely because of John Dewey and William James, Pragmatism has ruled as a guiding philosophy in situational ethics classes. As children are taught to evaluate various ethical dilemmas, they are subtly taught to problem solve by reaching the end result, no matter what the means. This thinking is embedded in the new Common Core curriculum.

We need to be on guard and ready to arrest (take captive) any thought that exalts itself against the true knowledge of God (2 Corinthians 10:5). It isn’t just the content that matters, but the form as well. It isn’t just the conclusion, but the storyline. It isn’t just our death, but how we live our life. We need to make certain that our goals (end objectives) are based solidly on the revealed will of God, as expressed through His Word, and that the means we use of achieving those goals are also within the will of God. As Christians, we must think and live differently from the world around us. There isn’t room in the Kingdom of God for “Christian Pragmatism.”