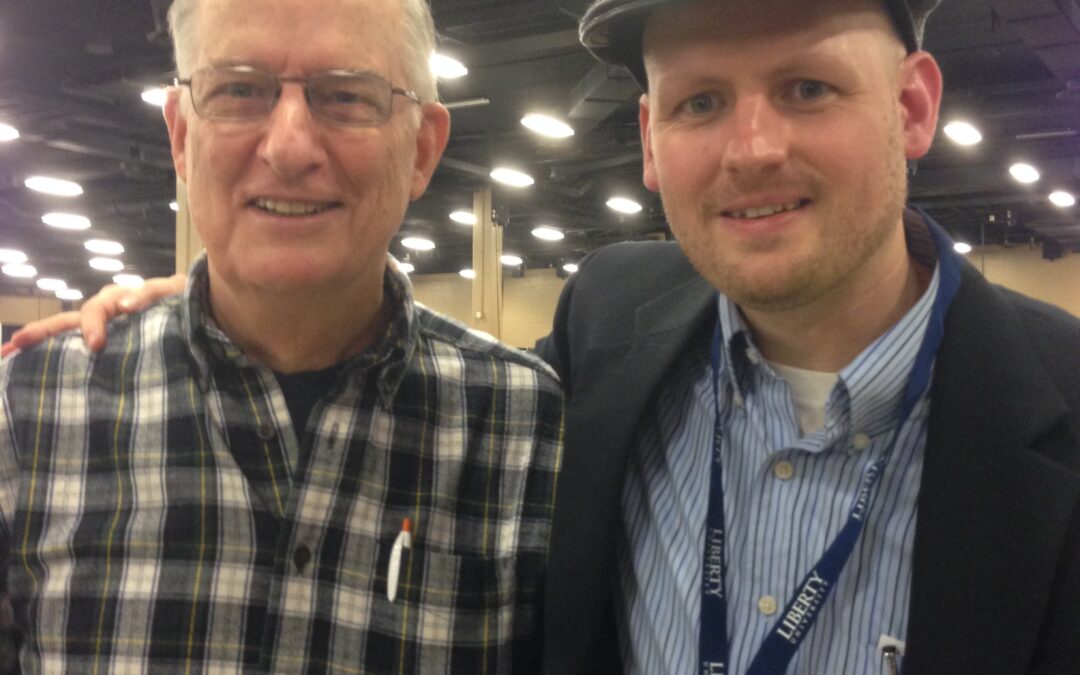 For many years Chris spoke around the nation, encouraging and equipping Christian parents for the task of raising their children to fulfill God’s unique calling on their lives. I am grateful to call Chris a friend and am excited about introducing you to his wisdom. — Israel Wayne

Israel Wayne: Tell us about your background in education and what led you to the radical decision to home educate your own sons. (What year did you begin homeschooling?)

Chris Davis: It is my experience that a person’s worldview changes only when he discovers truths he did not previously know. The Bible calls this “repentance” which literally means “afterwards, to understand”. Sometimes God has to deal with a person in such a way that, afterwards, he is forced to understand things he would not have accepted without God’s dealings which are often lovingly painful. So it was that in 1982, my 4 month old son was diagnosed with a terminal disease, a personal, drawn-out crisis that caused me to reconsider everything I had been taught (and had accepted) about God, the Church, and just about everything else I believed to be “truth”. My soul was in turmoil and my life at a crossroads. Not the best place for a young pastor to be.

Into this confusion, God came to me with Jeremiah 6:16 promising that if I “stand at the crossroads and look, and ask for the ‘ancient path’—once I discovered that path and was willing to take it—I would find rest for my soul”. As I questioned everything from who He is to what His church means to how to raise children, I began to build what I considered a biblical framework and a very personal, faith relationship with my Father.

About 1984 I left the professional pastorate and also decided my sons would not attend public school, an educational decision which was illegal at the time.

Israel Wayne: What do you see as some of the greatest difficulties families face when they make the transition from institutional classroom schooling to a home-based learning environment?

Chris Davis: My sense is that families face the same difficulties and basic concerns they have faced since homeschooling became an option. The main difficulty is fear: Fear of doing a poor job educating one’s child through neglect (too many other children in the home), using the wrong curricula, using the right curricula at the wrong time or for the wrong child, wondering how any homeschooler could “cover it all”, etc.

Israel Wayne: What do you consider to be the main focus of your message to parents?

Chris Davis: The main focus of my message deals with the many natural fears parents face as they try to fulfill the practicalities of trying to do something they feel ill-equipped to accomplish. I believe virtually all of these fears arise from a misunderstanding of what God wants them to accomplish as they assume full-time responsibility for raising and educating their children.

Israel Wayne: Tell us about the travel opportunities you make available for homeschoolers.

Chris Davis: 14 years ago I began Homeschool Travel to provide homeschooling families the opportunity to experience the Bible in the land of the Bible. I did not want to create another “tour” but to create a series of experiences, both hands-on and relational, that would bring the Bible to life for students who knew their Bible stories but needed to know that they were more than stories, but real events with real people.

After several years, I changed the name to Experiencing Israel as non-homeschooling families began joining our groups because they had heard what we do from their homeschool friends who had already traveled with us.

Israel Wayne: When we look back over the history of the modern-day homeschooling movement, we obviously got a lot of things right. However, are things that you think were mistakes that we should consider and correct or avoid?

Chris Davis: So many mistakes, most of which would have been biblical truths if not pushed by young, unseasoned, charismatic teachers who did not know the practical distinction between law and grace. I am sorry to say I was one of these. So many things sound right until their fruit ripens.

One of the main mistakes was to call the movement “homeschooling”. Why? Because educating one’s children is a subset of raising children in the context of family life.

Education was never the main thing. We all tend to prioritizes that for which we feel most insecure and we feel most insecure about the school part of homeschooling than we do about the home part of homeschooling. Early on, everyone’s insecurities made homeschooling about homeSCHOOLING rather than about HOMEschooling. Parents need to realize just how fearful they are and face those fears squarely. They then need permission to do with their own children what is really in their hearts to do no matter what anyone (including the State) says they are supposed to do.

I leaned a little too hard on the courtship vs. dating issue with my 3 sons; however, I was not involved in many of the other issues (such as Patriarchy, etc.), as they were not the message I felt God was having me share.

Israel Wayne: If you could give advice to current homeschooling leaders, what would you say to them?

In one of your emails, you indicated that many of today’s homeschoolers want only practical advice: How to do what they have already decided they are supposed to do. If this is true, you may also be correct that I have little advice to offer them because I believe homeschoolers have been asking the wrong questions since the beginning of the homeschooling movement, and many homeschool leaders are catering too exclusively to these “practical needs” when more basic needs are going unaddressed.

Chris Davis went home to be with the Lord on October 23rd, 2019 after a battle with cancer.