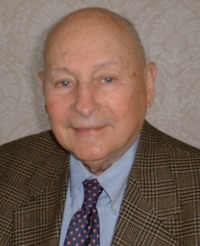 Perhaps the greatest education historian of the past 100 years has died at the age of 89. Samuel Blumenfeld was an educator, author and speaker, who has helped thousands of people to understand the roots and true goals of government education.

Sam’s writing has had a profound influence on my life as I began reading his Blumenfeld Education newsletter as a young teen. In the late 1980s, Sam became a regular columnist for my mother’s magazine, Home School Digest, and wrote a column for many years in her publication.

WorldNetDaily has a tribute about his life here:

“Blumenfeld was born and raised in New York City, where he attended public schools. He served in the U.S. Army during World War II and saw combat during the last weeks of the Italian campaign. He graduated from the City College of New York in 1950 then spent 10 years as a book and magazine editor. He also taught in public and private schools, including one for children with learning disabilities and behavioral problems. In 1970, he turned his attention to writing full time.”

When I wrote my first book in 2000, Homeschooling from a Biblical Worldview, I was blessed to have Sam write the following endorsement:

“This is a book that will challenge many Christian homeschoolers and make them think. I want to commend you for writing such a superb dissertation. A few thousand homeschoolers like you could change America for the better.” — Samuel L. Blumenfeld

Sam’s own books include:

There is also the famous phonics program he created, Alpha Phonics, which has been used to help each of my children learn to read. Sam was such a dedicated proponent of literacy and was so passionate about helping children to escape from the inadequate and ineffective “look-say,” methods being implemented in many government educational programs.

We were also blessed to be able to include Sam on a project that I helped to sponsor entitled, IndoctriNation: Public Schools and the Decline of America, the book, and the DVD. Sam knew more about the history of government education than most of us could ever learn, but he left a wonderful body of work so that the generations to come could glean from his research and wisdom.

Sam will be missed by many, but perhaps, posthumously, he will finally receive the recognition and credit that he has deserved for many decades as an unparalleled scholar, historian and educator. He lived to make the world a better place for the children who would come along behind him. He has surely accomplished that.

Most importantly, in his forties (I believe), Sam came to be a child of God through obedience to the Lordship of Jesus Christ.

In this article against Evolution, published by Jews for Jesus, it says:

After reading John Calvin’s Institutes of the Christian Religion, Samuel L. Blumenfeld became convinced that Jesus Christ was indeed the Messiah, and that he had been sent to earth to extend the covenant to non-Jews in fulfillment of God’s promise that through Abraham “all the nations shall be blessed in him” (Genesis 18:18).

In as much as I have used so much of Sam’s research and materials in my own writing and speaking ministry, I can say, borrowing from Isaac Newton, that I am standing on the shoulders of this intellectual giant. May he inspire many others to take up the torch of truth.

Here are a couple of videos of his friends giving a tribute to him before he died: