Should We Expect Non-Christians to be Moral? 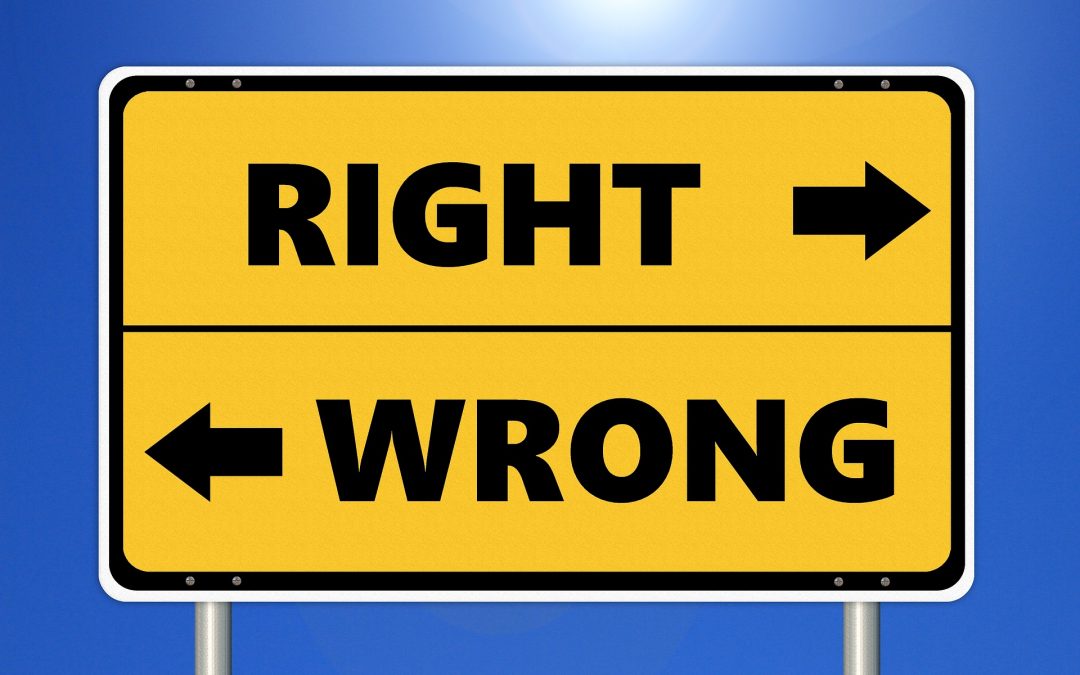 I have been hearing a lot lately, “We shouldn’t expect non-Christians to live like Christians. They don’t know God, so they sin. That’s what sinners do. Stop expecting them to be moral.”

Or even, “God’s laws apply to Christians, but they don’t apply to non-Christians.”

Is this thinking Biblical? Should we refuse to mention to non-Christians that they are sinners and that they are violating God’s moral law?

People also frequently say, “You can’t legislate morality!” That isn’t true. In fact, every time you make a restrictive law, it is an attempt to force someone to comply to a moral standard that he or she doesn’t want to abide by. You can’t avoid legislating morality (even if based on a faulty Humanistic standard). What you CAN’T legislate is holiness!

Paul says that God didn’t give His moral law for good people, but for the people who are sinning.

“We know that the law is good when used correctly. For the law was not intended for people who do what is right. It is for people who are lawless and rebellious, who are ungodly and sinful, who consider nothing sacred and defile what is holy, who kill their father or mother or commit other murders. The law is for people who are sexually immoral, or who practice homosexuality, or are slave traders, liars, promise breakers, or who do anything else that contradicts the wholesome teaching that comes from the glorious Good News entrusted to me by our blessed God.” (1 Timothy 1:8-10, NLT)

Should we tell our non-Christian friends that they are sinning? Paul certainly did to the unbelieving Greeks in his day:

“God overlooked people’s ignorance about these things in earlier times, but now he commands everyone everywhere to repent of their sins and turn to him. For he has set a day for judging the world with justice by the man he has appointed, and he proved to everyone who this is by raising him from the dead.” (Acts 17:30-31, NLT)

A lady I know posted online the other day that we shouldn’t tell people they are sinners, instead, we should just tell them about Jesus. Really? Tell them what about Jesus? What is significant about Jesus? That He loves people? Heck, Barney the Dinosaur loves people! That’s not life-changing news.

Jesus is only significant if He is the remedy to the sin that separates us from God (His claim). You can’t skip over the cross on your way to acceptance by God.

“We are made right with God by placing our faith in Jesus Christ. And this is true for everyone who believes, no matter who we are. For everyone has sinned; we all fall short of God’s glorious standard. Yet God, with undeserved kindness, declares that we are righteous. He did this through Christ Jesus when he freed us from the penalty for our sins. For God presented Jesus as the sacrifice for sin. People are made right with God when they believe that Jesus sacrificed his life, shedding his blood. (Romans 3:22-25, NLT)

Galatians 3:24 says that God’s moral law is what He uses to bring us to Christ. Until we know God’s moral law, and that we have broken it, we cannot seen our need for a Savior. Don’t skip the confrontational parts of the Gospel in your eagerness to just love everybody into the Kingdom. God is holy, and He will not allow sin to abide in His presence. We owed a debt we could not pay, Jesus paid a debt He did not owe, so we could be reconciled to God.

“For the wages of sin is death, but the free gift of God is eternal life through Christ Jesus our Lord.” (Romans 6:23, NTL)

Before you can give the good news, you have to give the bad news. God doesn’t give people a free pass on sin just because they aren’t Christians, and neither should we. God doesn’t merely require all people to be good, He commands us to be Holy. That can only happen through the life-giving power of Jesus.

Finally, we understand that it is ONLY through the regenerating power of the Holy Spirit of God, living inside of us, that we can be transformed and finally overcome the grip of sin in our lives and live the life that pleases God.

“So now there is no condemnation for those who belong to Christ Jesus. And because you belong to him, the power of the life-giving Spirit has freed you from the power of sin that leads to death. The law of Moses was unable to save us because of the weakness of our sinful nature. So God did what the law could not do. He sent his own Son in a body like the bodies we sinners have. And in that body God declared an end to sin’s control over us by giving his Son as a sacrifice for our sins. He did this so that the just requirement of the law would be fully satisfied for us, who no longer follow our sinful nature but instead follow the Spirit.” (Romans 8:1-4, NLT)

So lovingly confront unbelievers with their sin, otherwise, they can never be saved from their sin.

Image by Tumisu from Pixabay