Are Some Sins Worse than Others? 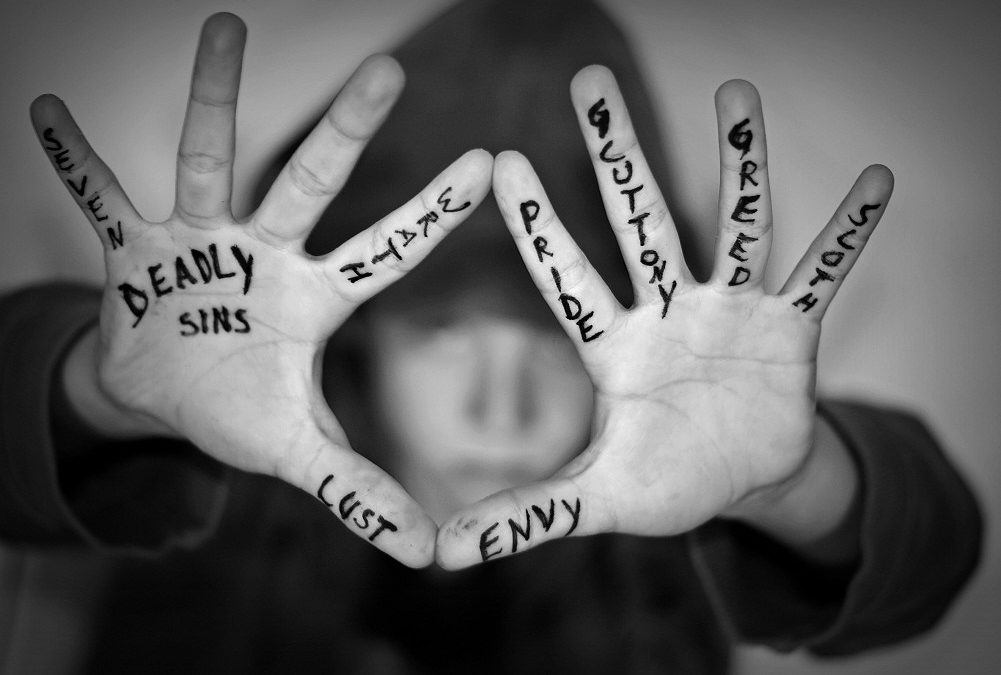 There is a popular belief among many people (including Christians) that all sins are equal to God and, therefore, should be viewed as equal to all of us as well. I often hear people say that, if you have any sin in your own life, you shouldn’t speak against sin in someone else’s life.

The argument goes that if you have a problem with gossip, you can’t say anything about someone else’s murder habit. I even heard a lady the other day equate driving without a seat belt as being an equal sin to rape! So is it true that there is no hierarchy of sin, and that no sin is truly worse than another?

I believe this view is probably subconsciously based primarily on this passage:

“If you really fulfill the royal law according to the Scripture, ‘You shall love your neighbor as yourself,’ you are doing well. But if you show partiality, you are committing sin and are convicted by the law as transgressors. For whoever keeps the whole law but fails in one point has become accountable for all of it. For he who said, ‘Do not commit adultery,’ also said, ‘Do not murder.’ If you do not commit adultery but do murder, you have become a transgressor of the law. So speak and so act as those who are to be judged under the law of liberty. For judgment is without mercy to one who has shown no mercy. Mercy triumphs over judgment” (James 2:8-13, ESV).

The problem with taking this passage, in isolation to the rest of Scripture, is that God, in the Bible, DOES list some sins as being more reprehensible than others.

Proverbs 6:16-19: “There are six things that the LORD hates, seven that are an abomination to him:

The Death Penalty in the Old Testament

Another argument that not all sins were deemed equal is the fact that some actions in the Old Testament were deemed worthy of the death penalty under civil law, but most were not. If all sins were equal in the eyes of God, they would certainly result in equal civil punishment by Him.

Ephesians 6:3-6: “But sexual immorality and all impurity or covetousness must not even be named among you, as is proper among saints. Let there be no filthiness nor foolish talk nor crude joking, which are out of place, but instead let there be thanksgiving. For you may be sure of this, that everyone who is sexually immoral or impure, or who is covetous (that is, an idolater) has no inheritance in the kingdom of Christ and God. Let no one deceive you with empty words, for because of these things the wrath of God comes upon the sons of disobedience.”

Jesus explained that there were certain commandments that were more weighty than others, and there would be greater judgment for ignoring those. Admittedly, the Bible does not give us an exhaustive, detailed explanation of what levels of punishment may exist in the afterlife but Jesus insisted that things would go worse on judgment day for some people than it would for others.

“And that servant who knew his master’s will but did not get ready or act according to his will, will receive a severe beating. But the one who did not know, and did what deserved a beating, will receive a light beating. Everyone to whom much was given, of him much will be required, and from him to whom they entrusted much, they will demand the more.” (Luke 12:47-48, ESV)

“Woe to you, scribes and Pharisees, hypocrites! For you tithe mint and dill and cumin, and have neglected the weightier matters of the law: justice and mercy and faithfulness.” (Matthew 23:23, ESV)

Jesus answered him, “You would have no authority over me at all unless it had been given you from above. Therefore he who delivered me over to you has the greater sin” (John 19:11, ESV).

“How much worse punishment, do you think, will be deserved by the one who has trampled underfoot the Son of God, and has profaned the blood of the covenant by which he was sanctified, and has outraged the Spirit of grace?” (Hebrews 10:29, ESV).

A Sin Unto Death

The Apostle John talked about sins that lead to death, and sins that do not:

This certainly demonstrates that not all sins are of the same magnitude.

An Eternal Sin (Blasphemy of the Spirit)

Jesus spoke about the sin of “blaspheming the Holy Spirit” to be a sin of a far greater magnitude than other sins:

“Truly, I say to you, all sins will be forgiven the children of man, and whatever blasphemies they utter, but whoever blasphemes against the Holy Spirit never has forgiveness, but is guilty of an eternal sin” (Mark 3:28-29, ESV).

“Scripture shows that in God’s estimate some sins are worse and bring greater guilt than others, and that some sins do us more damage. Moses rates the golden calf debacle a great sin (Ex. 32:30). Ezekiel in his horrific allegory says that after Oholah (Samaria) had ruined herself by unfaithfulness to God, Oholibah (Jerusalem) “became more corrupt … in her lust and in her whoring, which was worse than that of her sister” (Ezek. 23:11, ESV)

The Universality of Sin

The Bible is clear that we have all broken God’s law and are guilty before Him.

“Indeed, there is no one on earth who is righteous, no one who does what is right and never sins” (Ecclesiastes 7:20, ESV).

We All Stand Under God’s Wrath and Condemnation

Because of God’s holy standard, we, as lawbreakers, are all under His wrath:

“For God so loved the world, that he gave his only Son, that whoever believes in him should not perish but have eternal life. For God did not send his Son into the world to condemn the world, but in order that the world might be saved through him. Whoever believes in him is not condemned, but whoever does not believe is condemned already, because he has not believed in the name of the only Son of God” (John 3:16-18, ESV).

A Hierarchy of Sins

There are some sins that harm other people, made in God’s image, in a far more egregious way than others; therefore, they receive a stricter judgment by God. There are other sins that demonstrate contemptuous pride against God’s holiness and/or reveal a complete lack of gratitude to God for His lovingkindness and His mercy towards His creation. These sins receive a greater judgment from God, and some should receive a stricter form of civil punishment as well.

Are Sins of the Heart Equal to Actual Crimes?

In the Sermon on the Mount, Jesus insisted that lust was the same as committing adultery, coveting was the same as stealing, and hatred was the same as murder. Wouldn’t this prove that all sins are equal, since even an internal desire makes us guilty before God? That is true in terms of eternal punishment, but it is NOT true in terms of civil punishment. While being discontented with God, and accusing Him in your heart of unfairness or injustice is a vile sin; in terms of societal effects, I know I certainly would much rather have you desiring to have my car than actually taking it!

We should not take civil legal action against people for thought crimes (executions for those who are angry without cause, divorce for those who think lustful thoughts, or fines for those who want our things). Some sins are truly worse than others, especially in terms of the devastating impact they have on the victims. Laziness is a terrible sin, but in the grand scheme of things, it is far less horrible than child rape.

As Christians, we need to avoid falling into the use of Christian cliches like, “All sins are equal,” and “No sin is worse than any other sin.” This is NOT what the Bible teaches, and when you, as a Christian, repeat such nonsense, it perpetuates false teaching and confusion that hinders others from coming to a knowledge of the truth.

So while there are some sins that ARE worse than others in God’s eyes (and therefore should be so in our eyes as well), the fact remains that we are all guilty sinners before a holy God.

So does this give us license to say, “Whew! My sins aren’t all that bad. I’m thankful that I haven’t killed anyone. I’ve only gossiped about the pastor and his wife.” No. In fact, to do that would be to commit the horrible sin of pride.

“He also told this parable to some who trusted in themselves that they were righteous, and treated others with contempt: Two men went up into the temple to pray, one a Pharisee and the other a tax collector. The Pharisee, standing by himself, prayed thus: ‘God, I thank you that I am not like other men, extortioners, unjust, adulterers, or even like this tax collector. I fast twice a week; I give tithes of all that I get.’ But the tax collector, standing far off, would not even lift up his eyes to heaven, but beat his breast, saying, ‘God, be merciful to me, a sinner!’ I tell you, this man went down to his house justified, rather than the other. For everyone who exalts himself will be humbled, but the one who humbles himself will be exalted.” (Luke 18:9-14, ESV)

When you realize that you are a sinner who has been shown great mercy, you had better seek to show God’s mercy to others! See the story of the Unmerciful Servant to see how God feels about exalting ourselves and looking down on others. Playing the comparison game is a dangerous one because other humans are not the standard; a perfect, holy, infinite God is!

“Not that we dare to classify or compare ourselves with some of those who are commending themselves. But when they measure themselves by one another and compare themselves with one another, they are without understanding.” (2 Corinthians 10:12, ESV)

Imagine waiting at a courthouse and hearing the announcement that EVERYONE who had committed a crime (a lawbreaker) was to stand before the judge. Every lawbreaker in the building would be sentenced (see 1 John 3:4), and the sentence was death (see Romans 6:23). Everything from telling a lie to stealing a candy bar to murder or rape–the death sentence was to be applied to each person.

That is the scenario before us. God, as completely holy, cannot allow ANY sin into His heaven. Therefore, we will all face fiery torment and eternal separation from Him (see Matthew 25:41).

Then the judge’s son comes into the courtroom and offers to take the death penalty on your behalf, and you can go free. Sound amazing? That’s the gospel. That is what Jesus has done for you and me, no matter what crime or sin we have committed. Would you accept His offer of love and forgiveness? Some will but, sadly, many will not.

The next question is, “What will you do next?” The obvious answer is that we will want to make the most of the new chance at life we’ve been given. We will want to spend our lives in gratitude to love and serve this Savior who took the penalty that we justly deserved (see Romans 12:1). Have you accepted Jesus’ payment for your sins? Are you living a holy life in response to His mercy? If not, please exchange your life of sin for His life of peace and forgiveness.