In Defense of Shame 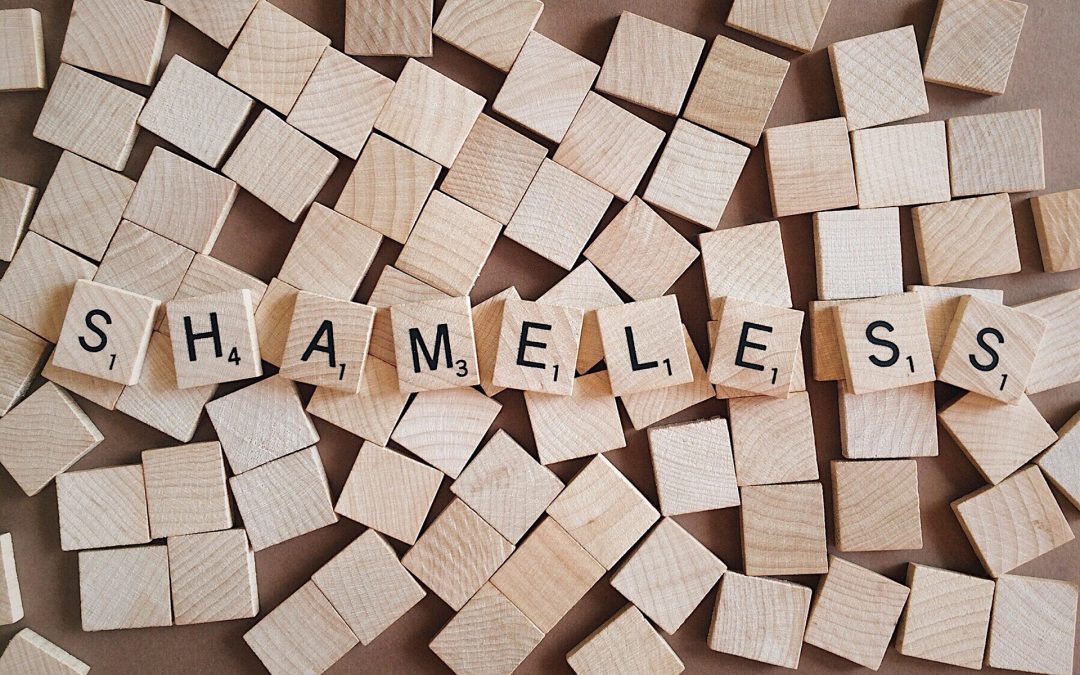 Is that how God sees the subject? What is God’s view? Are we viewing this issue through the lenses of Scripture, or the lenses of secular culture?

First of all, it might be helpful for us to define the term. Noah Webster’s 1828 dictionary says of the noun form:

A painful sensation excited by a consciousness of guilt, or of having done something which injures reputation; or by that which nature or modesty prompts us to conceal. Shame is particularly excited by the disclosure of actions which, in the view of men, are mean and degrading. Hence it is often or always manifested by a downcast look or by blushes, called confusion of face.

And of the verb (as in “shaming” someone):

To make ashamed; to excite a consciousness of guilt or of doing something derogatory to reputation; to cause to blush.

The concept of disgrace is rooted in a universal moral law. There is an objective “right” and an objective “wrong.” There are truths that are true for all people, in all places, at all times.

I believe the main reason people in our postmodern age chafe against the notion of shame, is that they also, even subconsciously, are fuzzy in their minds about the absolute nature of moral truth. Most people today, even Christians, essentially believe that all truth is relative, and that everyone has a different “truth,” or set of ethics that are right “for them.”

God is, in His very nature and character, the standard that defines right and wrong. He IS truth. That which does not conform to His personhood is sinful. When we fall short of His righteous standard, our conscience alerts us that we are not living the way we should.

What does the Bible say about shame?

Let’s examine some examples of God shaming the rebellious:

“I myself will lift up your skirts over your face, and your shame will be seen.” (Jeremiah 13:26)

“Because of the violence done to your brother Jacob, shame shall cover you, and you shall be cut off forever.” (Obadiah 1:10)

“You will have your fill of shame instead of glory. Drink, yourself, and show your uncircumcision! The cup in the LORD’s right hand will come around to you, and utter shame will come upon your glory!” (Habakkuk 2:16)

There are many others. David prayed that God would shame his enemies:

“Let them be put to shame and disappointed altogether who rejoice at my calamity! Let them be clothed with shame and dishonor who magnify themselves against me!” (Psalm 35:26)

The Apostle Paul was not averse to shaming the Corinthians believers:

“So if you have such cases, why do you lay them before those who have no standing in the church? I say this to your shame. Can it be that there is no one among you wise enough to settle a dispute between the brothers, but brother goes to law against brother, and that before unbelievers?” (1 Corinthians 6:5-6)

It is exactly this numbing to moral conscience that has produced a loss of shock, and eventually, a loss of shame. Things that used to make us cringe in our society, now no longer elicit even a shrug.

When someone has done what is wrong, the last thing we should do is try to help them forgive themselves and justify their actions (the new therapeutic trend within Evangelicalism). They have offended a just and holy God! Their need is not to have their conscience numbed, but rather cleansed. The only way to have a clear conscience, and thus be delivered from shame, is to find forgiveness and cleansing from God through the sacrifice of our Lord Jesus Christ.

He alone can cause us to stand justified before an infinitely perfect and pure Creator. The cure to shame is to confess and forsake sin. We don’t need to go out of our way to cause people feel shame. When the gospel is proclaimed faithfully, the sinner will rightly feel the guilt that God intends them to feel. Our response is to point them to the Savior who will tell them to forsake their sin, and do it no more. Standing with a clear conscience before God and mankind is the goal we want for ourselves and our friends. Let the shame do its work by forcing the sinner to face his or her sinfulness, but then point them to the cross, where Christ took both our sin and our shame upon Himself, so we could be made new.

Israel Wayne is an Author and Conference Speaker and the Director of Family Renewal, LLC. He is author of the book, Questions Jesus Asks: Where Divinity Meets Humanity. He is also the Site Editor for www.ChristianWorldview.net.

Image by Wokandapix from Pixabay