Does Institutional Racism Exist in America 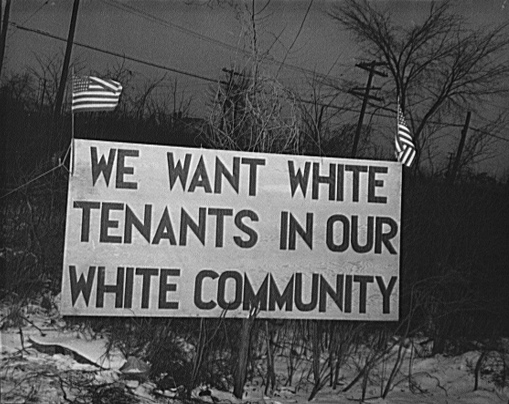 The struggle for civil rights in America has been a long and tedious battle. Emancipation began the steps of dismantling the sinful injustice of American slavery. But the fight certainly didn’t end there. Brave black leaders in various fields of music, sports, medicine, military and law broke ground as they endured scorn, ridicule and opposition by pursuing careers people said they didn’t belong in.

Cultural warriors like Rosa Parks refused to take a back seat. Jackie Robinson ignored curses and threats from fans while letting his bat and glove speak for him. MLK fanned the flames of a dream that all men could be judged not by the color of their skin, but by the content of their character. While I disagree with his religion and some of his rhetoric, even leaders like Malcolm X brought a greater awareness to the injustice of white on black crime.

Blacks in America have come so far…even having a president in the White House. But none of this has completely healed the wounds of injustice. I long for the day when a young black man no longer needs to be afraid to simply walk the streets for fear his neighbors will call the cops, or he will be beaten or killed by police officers. That is something I don’t fear for my white sons, but black mothers and fathers legitimately DO need to fear this in many parts of our country.

There are lots of people pointing fingers and creating blame for the situation. I could do that too. There is obviously a political component to all of this and responsibility for justice and appropriate rhetoric needs to be taken at all levels from the White House to the media to the courthouse.

But as much as we need political solutions (and we DO need them, especially prosecuting law enforcement that needlessly harasses or threatens or kills its citizens), I believe the root of every problem is moral, spiritual and individual.

Our ministry is called Family Renewal, LLC. The verse on our logo is Luke 1:17. Fathers need to turn their hearts to their children, and children to their fathers. The greatest hope for the black community is the same as that for any other. It’s us turning our hearts to God, and the church teaching fathers to love their wives and disciple their own children in the fear of the Lord. The black community needs discipleship and cohesive family structure just like we all do. That is where I want to come alongside them and help. It’s what I know how to do, and it’s what I can do through our teaching materials. I can’t fix Washington, but I can help families.

One of the responses I received asked this question:

George Floyd’s murderers have been arrested and are being prosecuted. Why are you lifting your voice for justice? What more would you have done?

To which I responded:

I’m addressing a systemic problem in America, not merely one court case. But in that case, those involved need to actually be prosecuted (sometimes they are let off the hook). The city took way too long to even bring them into custody. The system protecting itself is creating much of this unrest. If white Americans don’t speak up at this time, we are complicit in the problem. We don’t have to affirm rioting and looting, but we do need to affirm justice FOR ALL!

So you agree that institutionalized racism is real?

Your question is so big and complex I can’t begin to address it all here. I am planning to do a podcast or two on these issues soon, which will help me cover more ground.

Slavery
Let me first put it this way. We have a justice issue in our nation that has historically been intertwined with racism. We all know of the terrible injustice of institutional slavery and what a stain that has left on our nation.

Lynching
In addition, there was the fact that in 12 southern states between 1877 and 1950, 4,084 blacks were lynched by whites. That has created a systemic culture of fear of whites within the black community. In many of these cases, those responsible for the deaths were never even prosecuted, and certainly not with the death penalty. There was no equal justice in our courts.

Example: Emmett Till was a black teenager who was violently beaten, shot and lynched in 1955 by two white men. Till was accused of flirting with one of the men’s wives (who later admitted that claim was fabricated). Neither of the two men were prosecuted and were acquitted by an all-white jury in less than an hour. Where is the justice in that? That is part of the history we must grapple with in understanding the anger that exists against whites and the criminal justice system in America. 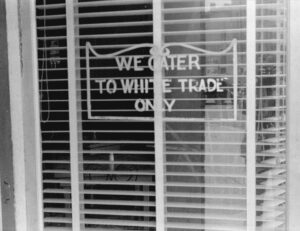 There has been a greater assumption of guilt against minorities than there has been of whites in the judicial system. There is also the fact that many minorities have been unable to afford legal representation and have been sacrificed by the apathy of so-called public defenders who are, in many case, less than useless. If someone has money and connections, they can get off even when they are guilty. If someone is innocent, they are often encouraged to claim guilt just to reduce their sentence. If you are being told you will likely get 40 years in prison if you claim innocence and lose (which you are pretty sure will happen), or claim no plea, or guilty, and get out in five years, what will you do? Many just admit guilt or plead no contest to avoid having their entire life stolen from them.

False Death Sentences
The “justice system” (namely police chiefs and district attorneys) desire to have someone to blame for unsolved crimes. It looks bad on their reputation when they haven’t brought resolution to a violent crime (especially rape and murder). As a result, the system often condemns men to death with scant evidence. Advocacy groups in recent years have sought to reverse some of these faux trials and have done so successfully. Between 1973 to 2013, of the 8,466 death sentences handed down by the courts, 890 of those decisions were later overturned, with not-guilty verdicts, when evidence was reexamined. How can you falsely condemn 1 out of 9 men to death and claim there is no systemic justice problem in America?!

So far, 367 Americans have been completely exonerated by DNA evidence since 1989. There would have been thousands had we had DNA technology since the Civil War. You can read the complete stats at this link, but:

41 of 367 pled guilty to crimes they did not commit

Native Americans and Latinos are also killed by white police at a higher rate than whites.

Is that racially motivated, or can this be explained in other ways? That’s a big debate that has a ton of factors, but the numbers are there, and many minorities see it through the lens of white racial hatred against minorities, whether or not that is the reality. 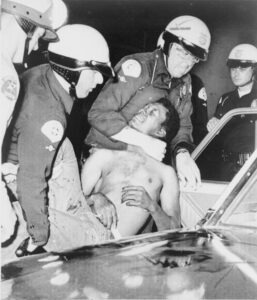 While things are improving, historically, when white police were proven to have acted unjustly and violently against minorities, they were often met with a mere reprimand from the department, or most severely, released by the department (and usually picked up by another). They almost never did jail time, even when their violence resulted in death. As I said, that is improving, but largely only because of public outcry.

“In fact, in the last 13 years, only one officer has been convicted of intentional murder. And in the rare case in which a cop is convicted, the officer hardly ever does time for killing a black man.

“Between 2005 and 2017, 33 of the 49 people killed by indicted cops were black, but only five officers were convicted, making the homicide conviction rate for black victims a mere 12 percent.”

That’s why I’m saying the police in the George Floyd case need to actually be convicted of at least manslaughter, and perhaps murder, not merely arrested.

So yes, there is still a problem with racism in America. Personally, I see the greater problem more as a justice problem than a systemic “race” problem, per se. A lot of it has to do with cronyism. People in the justice system stick together. DA’s, police, judges, etc. They all know each other, they work together, they are buddies. They protect each other and won’t rat each other out. They feel that if their co-worker isn’t safe, they aren’t safe (from prosecution). It’s super hard to get them to condemn the actions of a buddy who went too far. Some of the crimes against blacks by white police ARE indeed racially motivated, especially in the South, but that’s very difficult to identify, let alone prove. In years past it was very obvious, but today, it’s much harder to discern. Was the black man who was pulled over because of a “taillight being out,” and searched for drugs being racially profiled, or would all white people be searched for drugs as well? I’ve never been searched for drugs. But I know innocent, law-abiding black friends who have been.

A black friend of mine in Grand Rapids found a dog and was seeking to find its owner. He went door-to-door in his white neighborhood asking neighbors if they knew whose dog it was. A short while later, the cops showed up and asked what he was up to. They said 3 or 4 neighbors had called them claiming there was a suspicious person who had knocked on their door and they felt unsafe! That would have never happened to me. Does that give my friend a warm feeling about white America and our police system who approached him with suspicion?

A Call for Equal Justice

I DON’T believe that most white people are racists. I don’t believe most white people in the justice system are racists. We’ve come a long way. But we can’t just erase history and pretend it didn’t happen. The situations that arise today are filtered through the historical and cultural lenses of the black experience. Trust will have to be gained, and the only way to do that is to ensure that justice applies equally to ALL people, because people of color have been without it for so long.

Much more I could say, but I think this addresses the gist of your question.

Israel Wayne is an author and conference speaker and is Director of Family Renewal, LLC. He is the Site Editor for www.Christianworldview.net