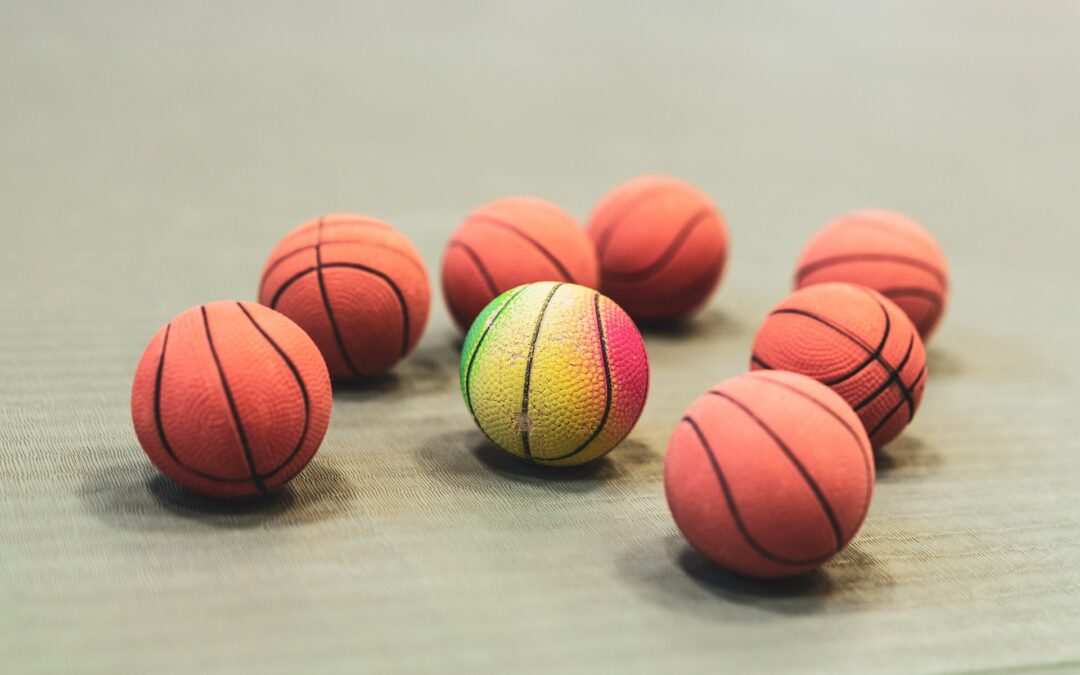 When I was a teen in the late 1980s and 90s, there was a great rivalry between the Chicago Bulls and the “bad boys” of the Detroit Pistons. My family on both sides are from SW Michigan (where I now live), and we are close enough to Chicago to have a lot of Chicago sports fans, but Detroit fans live here as well, so I always felt conflicted. My mom’s side of the family was staunchly fans of the Bulls while my dad’s extended family were largely Piston fans.

As you can imagine, this polarization created an incompatible tension. These two teams hated each other. There simply aren’t sports rivalries today like the ones in the NBA in the 1980s! The contention on the part of Chicago fans was that the Pistons played “dirty.” Players like Bill Laimbeer and Dennis Rodman would “take you out” if you got “in the paint.” (For those who missed these days, you may have recently seen some of this explored in the epic ESPN miniseries, “The Last Dance,” focusing on the Chicago Bulls’ last championship with Michael Jordan.)

Bulls fans absolutely despised the pushing, shoving, elbowing, taunting, or just flat-out body-slamming of their opponents by the Pistons. The Pistons fans, on the other hand, loved every minute of it! They saw it as representative of the blue-collar, hard-working Michigan work ethic. It reflected the greater cultural condition of being down-and-out and fighting our way to the top. When the Pistons won, we felt like we were winning at life as well.

What I found was that everything the Pistons did was considered a foul if you were a Bulls fan, but for the Pistons fan, it was an acceptable means to a much-need end. All of this got turned on its head in 1995. The hated and despised Dennis Rodman joined the Chicago Bulls alongside the beloved and revered Michael Jordan and Scottie Pippen. This was a shakeup of epic proportions. In the political world, it would be like Kim Jong-un becoming the U.S. Secretary of State … or something like that. How was this going to work?! It didn’t take long until Rodman’s rebounding prowess had cemented the Bulls as an unstoppable dynasty in the league. Winning wiped away all past grievances and now everything Rodman did was loved and accepted by Bulls fans. Doing all the nasty stuff he had done before, and even new things like kicking an innocent cameraman in the groin, or skipping games because he was out gambling and partying in Las Vegas, were completely accepted and forgiven by Bulls fans, because now he was one of “us” and was helping us to “win.”

Winning at Any Cost?

I find that most people approach politics like they do team sports. They are fiercely committed to their political team, and the goal is to win at all costs. We could even sign a player from the other team who joins us with all the bad habits, beliefs, goals, agendas, policies, and worldview he had before, and we’d vote for him because now he is on our team, and we have to win against the other side no matter what.

I personally think the smartest thing Bernie Sanders could do is run as a Republican. I say that somewhat tongue in cheek, but it wouldn’t surprise me if he’d win. I won’t name names, but I can think of several well-known Republican politicians who support abortion, homosexual marriage, legalization of recreational drugs, and socialized healthcare while caring nothing about conservative values whatsoever. Yet they get elected as Republicans, even though they are in lockstep with the Democratic party’s platform.

My desire is for citizens to care less about teams and to care more about the rules and how the game is played. By “the rules,” I mean the Constitution of the United States. If a candidate doesn’t truly defend the principles of liberty contained in that document, I propose we don’t support them, even if they wear our team’s jersey. We need to think more like referees than fans these days. The problem with being a referee, and being more concerned with issues than parties, is that both teams’ fans will yell at you. If you happen to call out one of your own players for a flagrant foul, you will be considered a traitor to the cause. But that is only true if your team getting more votes or winning elections is the most important issue on the table. In the past 40 years or so, we’ve seen Republican candidates shift away from their own party’s platform, and still get elected! How is that happening? It’s happening because voters aren’t holding them accountable. Many Republicans vote for candidates they think have the best chance of “winning” rather than those who have integrity and character and stand on the right issues.

Just for discussion, what would happen if the Bulls players and the Piston players all switched jerseys and hit the court for a game? Who would you root for? Are you rooting for one set because you honestly believe they are better guys, who play according the rules, or do you just like the color red better than blue? I realize there is a distinction between the two major political party platforms. I’m not confused on that. I personally believe that the party platform of one is more closely aligned with the goals and ideals of the framers of our Constitution and the principles contained therein than the other. I get that. But if we want to see either political party remain close to those transcendent values and guidelines, we are going to have to act more like referees than fans and call out “our team” for flagrant fouls when they occur. Otherwise, it appears to be hypocritical, and it creates disdain from those on the other side of the political aisle … as it should.

In one sense, it’s okay to have a team and root for a team. But I maintain that our team should be the Constitutional team. That’s the one we root for, and we insist that both parties play by those rules.

Israel Wayne is an author and conference speaker and Director of Family Renewal, LLC. He is the Site Editor for www.ChristianWorldview.net.